So before the Tournament I set myself  some goals for Axemaster listed in order of my priority.

So with these five goals in mind I headed down to Melbourne, I arrived at the Hampton games club about 30 minutes early and snagged a good parking spot, then wandered off to find some food, Started the day with a fresh bread roll still warm from the oven and a coffee so I had a breakfast of champions and I was all set to test my generalship and my fortune against 39 other hopefuls.


Notable occurrences of the game.

The game finished on turn 5 due to the fact that I was tabled, so off to a 0-20 start, and over lunch I learned a new term ' Submarine-ing'  : To lose your first game on purpose and fly ahead of the pack from round 2 because of softer match ups, ( If only I had that tactical acumen.)


Notable occurrences of the game.
Another loss however but this time it was 14-6 so I was on the board now with battle points(Thank you Treekin.) 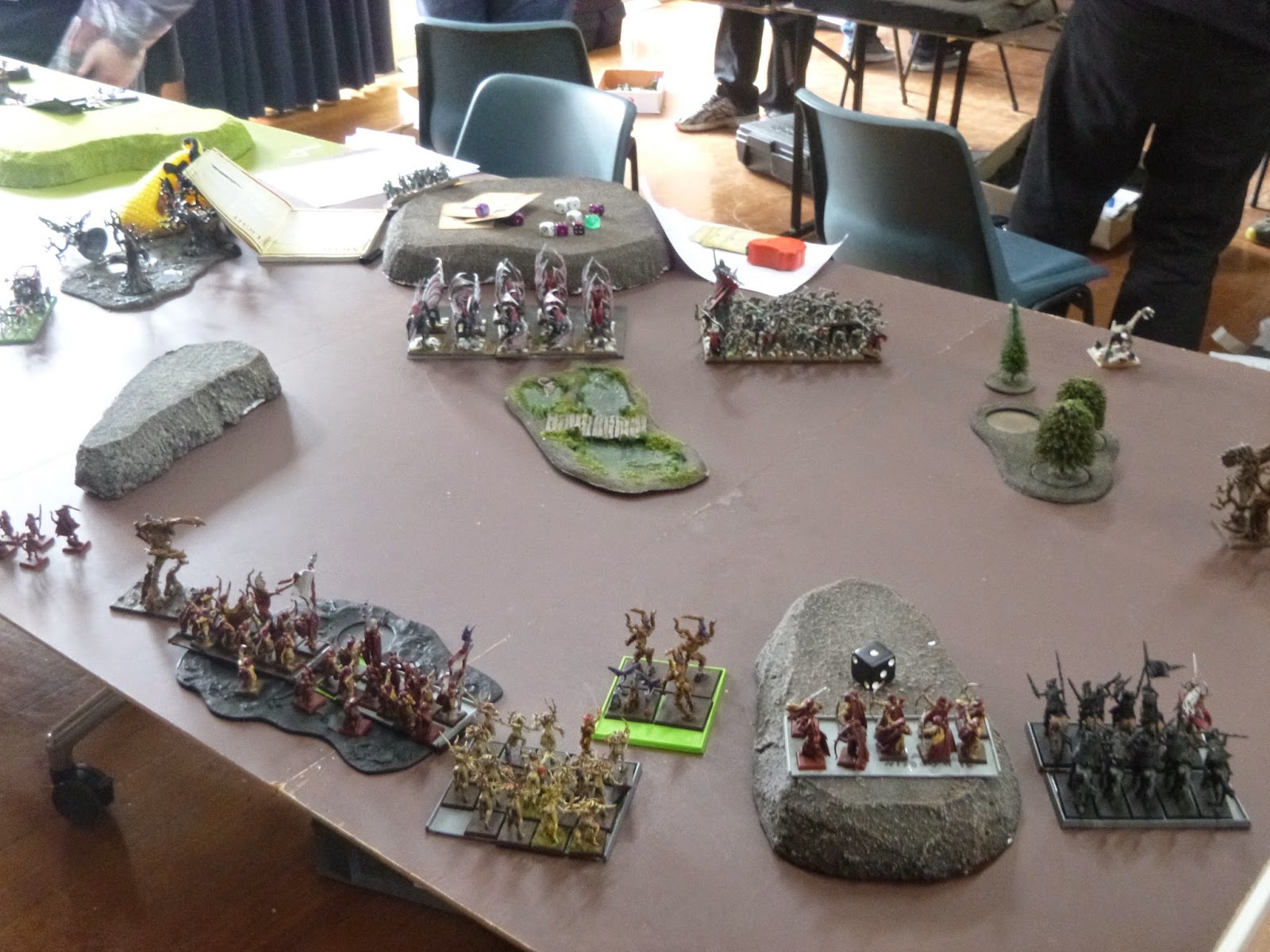 Another loss this time it was 20-0 , the game was over by turn four, so not a great showing for the first day.

I retired to the hotel I was staying at , having decided that with my cold I would be no fun at the Drunken shenanigans and resolved to get some sleep and be prepared for Sunday.

Anyway I have rambled enough.