Not much going on in my world at the moment, I am on break from Uni for a month. So I figure why not try to play catch up.

Why yes, I intend on this break to paint a test model of my death guard. Not to mention, the rooms my lovely wife has me painting in our house.

Introducing the Foul war-host of Lord Archinads, servant of Nurgle, son of Mortarion and child of Barbarus.

I mentioned in an earlier post, that I have two sets from the Dark Imperium starter box to make my death guard, which gives a fairly good start to what i expect to be a 2000 point army when completed. 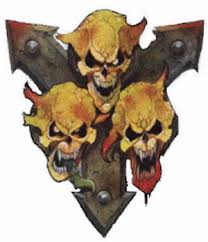 I added to this when I went through my bits box and found.
2 spawns that I intend to kit bash out of parts I have lying around.
1 Land raider, that I have not managed to assembled in 5 years or more.

So there it is, I have the start of a nice army,that I intend to add different units as required to make the final 2000 points up.

Maybe a Defiler and a Hellbrute or two. It will depend on what the army needs, and what I like the look of.


One final comment before I finish, I was asked if I would buy Mortarion, the other day, if GW release a model for him? The answer is YES! HELL YES! 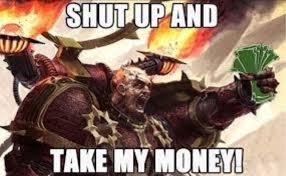 Any way, I have some other miniatures to work on in the mean time.