Getting ready for 8th edition 40k. Turning lead and plastic into Dorn's Wolves.

So where to from here.

My marine collection is at a stage that it needs some serious effort put into it. Both in assembly and painting to make it look like an army.

I intend over the next 8 months to turn this rabble of leftover armies of the past.

Into an assembled and painted equivalent of this, so that I shall not be embarrassed to put them on the table and roll some dice.

Target set
Deadline- December 2017
Goal - 1850 points of Dorn's Wolves.
Reward - Attend Cancon and have some fun with the army.

Time to start turning my bits of lead and plastic into an army worthy of Dorn.

Dorn's Wolves on the prowl.

Yesterday, I attended a one day 3 game 1250 point tournament as a goodbye to 7th edition 40k.

Army construction was interesting with a modified CAD as your only option to construct your force.
These were the restrictions.

And the list I constructed to suit this was.
HQ
Captain-warlord- with command
power armour, power sword

Started the day off with a cooked breakfast so win.
The battles will be brief as I forgot photos etc.

So three games, three losses. Overall had a great day.

Will miss these in 8th though. they have been to many a game.

Posted by Firelupus at 10:07 No comments:

Whilst details of 8th edition 40k are slowly being released. I decided to focus on my Chapters fluff and flesh that out, while I slowly continue to assemble my marine army.

After the Pyrrhic victory at the conclusive
naval battle of the Orge crusade. The naval assets of Dorn's Wolves are severely reduced. Of the entire chapter fleet that was present only the Strike cruiser Spivacum survived.

Battle Barge
Redempti-  Was undergoing repairs and refit in Coirath System during the Orge crusade. This battle barge was salvaged from the Space hulk- Damnation's Spite .

Cruisers
Strike cruiser Spivacum - Only ship to survive the victory of the Orge crusade, dedicated vessel of the 6th company.
Vanguard cruiser Aurea Brun- On extended duty for the 10th company.
Strike cruiser Exhauriat - Provides naval presence over Chapter Keep on the Fortress world of Coirath Prime in Segmentum Pacificus.

Escorts
3 squadrons Alpha, Beta and Kappa of  escort vessels for the Exhauriat.
Comprised of a mixture of Gladius and Nova class frigates, and Hunter class destroyers.


A much reduced chapter fleet after the staggering losses of the Orge crusade, with a reduced compliment of battle brothers  as well. But more about these heroes later.

Cheers
Lupus.
Posted by Firelupus at 10:00 No comments:

As with much of Dorn's Wolves there is structure and reason to the training of the chapters neophytes.
Once an aspirant has passed his trials he is blessed with the chapters sacred gene seed and enters into the 10th company as a neophyte of the chapter. Issued with a bolt pistol and combat blade that will be his for the rest of his service.

The 10th company has a hierarchy with its neophytes that is tried and true, it is outlined below and takes the codex one step further..

When a neophyte first enters the 10th company, he is assigned to a squad sergeant, who will teach him and his squad mates the ways of the the sniper, the methods of stealth and precision kills.

If he survives his training, for survival is not assured he will then leave his squad mates and advance. Joining another squad and sergeant to learn the ways of the close kill, it is at this time that his bolt pistol and combat blade are the only weapons he will use. 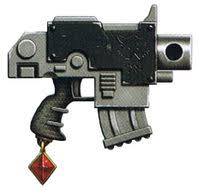 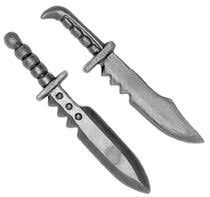 Those that survive this stage are then allowed to use shotguns to learn the art of mid ranged fire support, only once their sergeant is satisfied they know thier craft are they thenissued with a boltgun.

Those neophytes that are equipped with boltguns are at the final stage of their training, awaiting only the Master of recruits to give his approval for advancement into the 9th company. 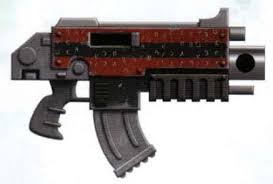 Perhaps six and maybe if talented or lucky seven of those that started training in the 10th company survive to join the ranks of full battle brother and advance to the 9th company.

Posted by Firelupus at 20:15 No comments:

Thanks to the valuable resource over at Bolter and Chainsword Here. I have been able to make these colour guides for my Chapter.


To honour the Imperial Fists whose gene seed they use, sergeants have a yellow helm.

Posted by Firelupus at 18:00 No comments:

In an effort to kick start myself to spend some time on hobby related goodness, I have entered a 1250 point 40K tournament at my LGS.

I thought I would share my list, with a view to having the army assembled for the event in two weeks.


So as an army i have anti tank, anti horde, but no anti air which is okay at the second.
3 rhinos.
1 dreadnought
42 sets of boots on the ground. will see how we go.
Cheers Lupus