Excellent news June 17th has come and gone,  I got my little hands on the new rules and played my first game of the new edition against Mark.

Mark currently runs Tau, but is starting a Primaris marine army. The game we played was a quick one at 50 power.

The game took about two hours to play, with learning the new rules, and trying to unlearn the seventh ed rules, regardless of the score it was a fun game, with a lot of laughs on both sides.
, we played a No Mercy mission with a Dawn of war deployment. 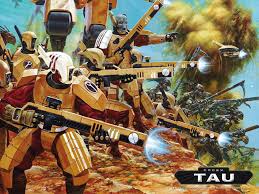 
The battle lasted for 7 turns with mark having first turn, the game lasted for two hours, with learning the rules, and trying to unlearn the rules.

By the end of the game I had, my Captain with one wound left, and sniper scout sergeant. the captain would have died earlier in the battle if not for the Apothecary healing him up.

I had killed a unit of pathfinders, 1 unit of crisis suits and his commander for a total of 4 vp, with the commander dying in close combat on turn 7.

Marks stealth team was his man of the match, was in my face, forcing me to try to destroy it, and stopped the death of his commander on turn one, as they were a closer target. The -1 to hit from camouflage field saved them more then a few times, with out this they would have been dead at least twice over. 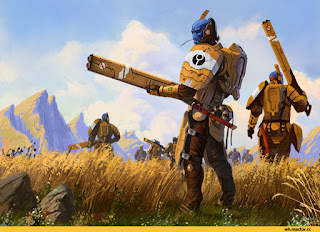 I can honestly say , I really like the new edition, it is streamlined, play's well and is fun.


Looking forward to the new edition and a rematch with Mark on Thursday night.
Cheers
Lupus.
Posted by Firelupus at 11:52