This is my next goal for my loyal sons of Dorn. 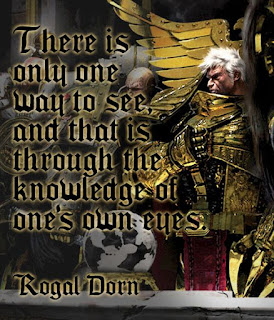 I intend to assemble and paint the following neophytes to add to my 10th company forces.


So basically these 20 neophytes and my existing five will be the troops for my army going into 8th edition.

Once I have my rules books, I will be able to start working on army points.

Until then, its assemble and paint time.