Cancon is over for another year.

The Australian long weekend has come and gone, and with it Cancon's 40th anniversary. I have attended Cancon before, but this is my first time playing 40 there. 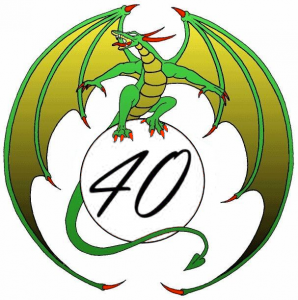 My son is now old enough to allow for my attendance at this great three day event, as such on the Thursday before Australia day my mates and I travelled up to Canberra from Victoria. Some of us used cars others aeroplanes but we all arrived safe and sound.

This year I competed in the 40K ITC Championships with some mates from my local gaming group, The Death Touch Dojo. This was the first time that the team year made the trip. It was comprised of  Leigh, Matthew, Tim and I, with a few others unable to attend due to family commitments. (Maybe next year we will have a stronger presence) 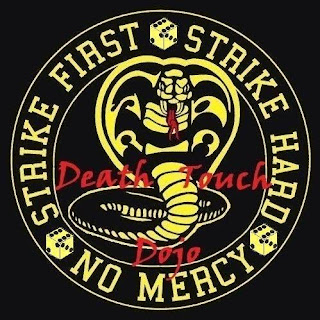 We started our adventure that is the three day, eight game 40K ITC Championships.

*Disclaimer*- All my battles were so hard fought that I neglected to get any photos after game 1. As such I will be using stock images, for the most part.

Over the course of the weekend there were highs, lows and of course a lot of laughs, great games and good conversation.

The list I set off with to vanquish my opponents with is the Valiant warhost of Bahaleth from Craftworld IL-Kaithe.

So here it is.


Day Zero
We arrived in Canberra on Thursday afternoon, and decided to have a quick look at Epic during setup.

Captain bunny dropped me off at the Fitzroy pavilion and proceeded on to the board games and vendor stalls for a day of mad spending. ( Captain Bunny earned his title due to his wife booking a manual hire car, and he had not driven a manual in a very long time)

Game 1, Sisters of Battle against Eleanor 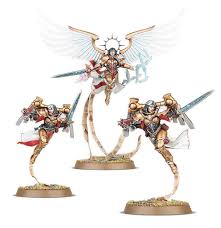 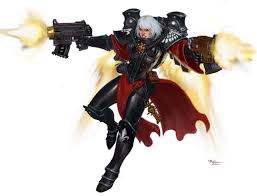 I lost the roll for initiative and was given second.
This was a tough first game, but what a way to start.
Eleanor was a canny general and knew her army well. She had played ITC in America and really knows the system in depth, I hope to play against her next year.
Eleanor used her Celestine to maximum advantage and I only managed to kill the Gemina.
These are the only pictures that I took of any of my games.


We only managed to get three turns completed before we ran out of time.
I won this game 14/13

I lost the roll for initiative and was given second.
Mitchel also was running a brigade of Eldar and we both had a lot of the same units and tricks in our army.

Mitchel was just returning to 40K since early 6th ed so he was getting used to the new rules etc. We had a fun game.


Game Three. Brett and his Knights.
I lost the roll for initiative and was given second. 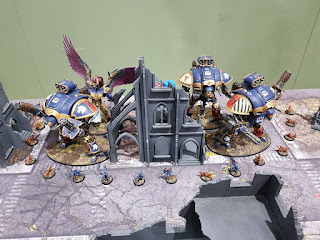 During practise for the event, I knew that my list struggled with anymore than two knights, I had a practise game versus four knights and got trounced.
So going into this game against Magnus and three chaos knights I knew that I was behind the eight ball.
I lost the roll for initiative and was given second. I started strong and killed a knight first turn and Magnus by turn three, but by then that damage was done.

It is worth mentioning that Rick was an awesome player and he had some laughs. The game ended with his two remaining knights sitting on objectives and my last unit which were scorpions hiding in a ruins basement.

Day Two
Day two started started with another early start, although memo to self ensure the place I stay next year has aircon. By day two Captain Bunny had got the feel for the rental and he was back to just being a normal driver.


Game Four, Josh and his Sisters of Battle 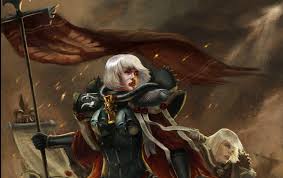 Again I went second, which seemed to be the theme for the weekend with all my games I went second.
This again was a very close game and Josh was a challenging opponent. I cannot remember exactly what was sin his army except it was very similar to my first game. Celestine, Exorcists and lots of infantry. 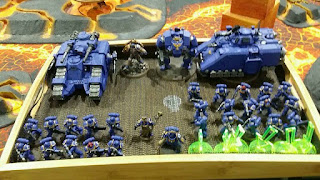 This game was a close battle, My reapers started working on killing his tanks and dread, whilst my infantry keept working on his marines. Eventually I destroyed his armour, Jonny was a tenacious opponent and really made me work for the win.

Game 6. Jack and his Ynarri 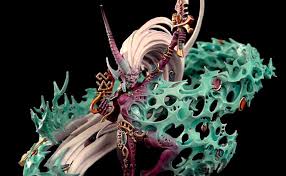 So final game of Day two and I was paired with a lad called Jack.
He was running the Yncarne with a lot of Harlequin support. As he was running an assault army, I castled up in a corner and had him run to me , his army was very very quick, it was a bloodbath on both sides, but I managed to Table him.

At the end of day two with 5 wins and 1 loss I was ranked 11th and feeling good.

Day three started with my army being paired against Josh and his Tau army.


Game Seven Josh and Tau
Josh is a seasoned general and knew exactly how to use his army. This was an enjoyable game, and Josh showed his mettle when at one point I asked for some time to think, like a gent he gave me a moment and went and had a smoke, so I could plan out how to deal with his suits and shield drones.

I managed to reduce his drones from 38 to 15 by games end, I would love to play Josh and this list again, as it was very challenging and he was a gent to play against.

So the final game of Day three and of Cancon, saw my army matched against a no infantry Deathguard army of Will.

Game Eight Will, Morty and a lot of disgusting resilience.

So with this final game started, Will and I had an out and out slugging match with his army and mine.

Highlights of this game was Morty in my lines in turn 1, and killing some units, by troops fell back in good order and proceeded to shoot Morty down. We then engaged in a ranged fire battle with some sneaky scorpions keeping his tanks engaged in combat and not shooting for a few turns.
The highlights for me was when Will used a stratagem to explode a plague drone in my lines and inflict the final wounds on three units. Making 6 disgusting resilience rolls for a plague burst crawler, needing only to fail three for it be destroyed and instead he rolled six 6's. I had to shake his hand for that.

But in the end I reduced his army down to just one crawler remaining before we ran out of time.

With this last battle completed my final placing was 15th out of 128th, this was my best placing at a major event to date.
My Dojo teammates consisting of Leigh, Tim and Matt finished 2nd, 12th  and 78th.

As a result our team, The Death Touch Dojo secured the Best Team Award for the event.
This was an awesome result. I wish I had been there to see it, but I had a plane to catch. Which was delayed by an hour, so I could have stayed. Sigh.
I highly recommend attending Cancon for a weekend of gaming, regardless of the games system you play. It is a great weekend, and I will be going again.

A big shout out to the TO's for the event, they did an amazing job, before, after and during and would and will attend their events again in the future.

Thanks for reading, my usual ramble.
Lupus.